10 Common Driving Offenses and Your Insurance

Occasionally, we’re all guilty of bending the rules. All of us break a few rules behind the wheel too. Of course that speed limit sign said 45, but you know that if you go 52, it’s likely you won’t get pulled over. So that stop sign technically means you need to come to a complete stop, but nobody is around and rolling stops are really just an urban myth “no-no” you’re taught in driver’s ed.

Odds are you don’t live in a state where radar detectors are legal, and cops actually can be pretty slick and park in places you don’t see. Even if you do see them, odds are it’s too late. That means too late for your driving record and too late for your insurance premiums.  You may get out of a ticket a couple times, but inevitably, you will get one eventually if you break the rules. As for those “oh, you’ll get out of that if you go to court” tickets? That’s not always true — it took me 10 years to get my first ticket, and I thought that (and taking an attorney for a speeding ticket, a rarity) would surely count for something. It didn’t. (Yes, even insurance agents get tickets and don’t get off.) Nobody should test the rules of the road; it will come back to haunt you and your insurance rates regardless of what it’s for, when it happens, who you are, or where it happens.

Base ticket fines are getting more expensive, and as the penalties and fees add up, your traffic ticket can go from $35 to more than $200 quickly. It doesn’t end there. Once your ticket is settled, you have to deal with your insurance company. According to a study by Nationwide Insurance, traffic violations can raise your insurance rates by up to 50%. Somebody with one traffic violation will pay, on average, 18% more than a driver with the same policy without a traffic violation. If you have two tickets, your premiums increase up to 34% on average, and with three or more violations, your premiums may double.

To get an idea of how to save money on your insurance and avoid the flashing lights in your rear view mirror, its important to know some of the most common traffic violations that can affect your insurance.

10 traffic violations that affect your insurance

You may wonder why going the speed limit is so important when everyone is whizzing past you on the highway. In fact, according to the III, 62% of people reported that they’d received speeding tickets in the last five years, but that doesn’t make it acceptable. Speeding is a main contributor in one-third of all traffic deaths, and according to a study released by the Governors Highway Safety Association, is sadly not improving.

Considered a major moving violation, reckless driving can have major effects on commuters. According to the National Highway Traffic Safety Administration (NHTSA), crashes that happen as a result of reckless driving cause more than$40 billion in damages and thousands of crash deaths. In a few places, such as D.C., some individuals have lost their license, which can put you in a higher risk pool when it comes to insurance.

We all have places to be and things to do, but there’s no excuse for running a red light. According to the Insurance Institute for Highway Safety (IIHS), people who run red lights are a main factor in more than 800 deaths each year. Cameras are now being installed at intersections across the U.S. and you can be issued a ticket. Increased insurance rates will depend on how severely your state reduces license points.

Even though you know you have a clear road in front of you, don’t let it tempt you into a rolling stop. Tickets can potentially cost you more than $200 and there’s a chance your premiums could increase up to 15%.

This is considered a minor traffic violation in many states and is often considered one of those aforementioned “go to court and get out of it easily” tickets. If this doesn’t happen though, you’ll likely see premiums increase by about 14%.

A ticket for this violation can dock your license up to three points depending on your state, and that can bring even worse insurance consequences. Your insurer may allow you to take driver improvement classes to gain those points back, but if you just go a bit further up the road you’ll likely find a place to turn around and can avoid this all together.

Because of the danger risk this behavior poses, it’s likely this type of ticket will almost always affect your insurance rates greatly. This violation may stay on your record up to six years depending on where you live, so get ready for increased premiums for at least that long.

Whatcha gonna do when they come for you? Do anything but this. When you see those flashing lights in your rear view mirror, don’t make the silly mistake all those people on Cops make — don’t try to run away. If you do though, look on the bright side. You might not even need insurance because you’ll be sitting in a jail cell.

9. Failure to Use Child Restraint

In all 50 states as well as the District of Columbia, it’s illegal to drive with a child who isn’t properly restrained in the appropriate safety belts. This is a primary offense, meaning police can stop you based on this sole fact and your insurer won’t be pleased either.

Does this violation really need to be explored still? Apparently, yes, because despite the fact that it’s an obvious mistake that can be fatal, people still do it. In 2011, drunken driving fatalities totaled 9,878. By far one of the most costly tickets you can receive, expect to pay close to $10K when you’re convicted. Drinking and driving is dangerous and your insurance rates will likely rise anywhere from 20% to 50%. Not only will those rates last for several years, but you could also lose your coverage. Most insurers will move those with DUIs to “non-standard” insurance companies, which are insurers willing to take the gamble on high-risk drivers.

If you find that your rates go up after a traffic violation, you can always shop around for cheaper insurance. Raising your deductible may be one way to save money, but the easier thing to do? Simply follow the rules. It will keep police out of your rear view mirror, and your money in your wallet. 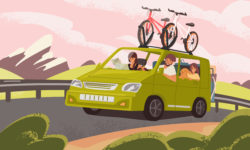 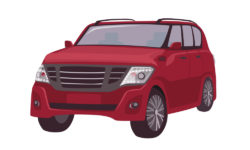