Nationwide, originally named Farm Bureau Mutual Automobile Insurance company, sold its first auto insurance policy in 1926. The company rebranded to Nationwide in 1955 and has since grown to become the 8th largest car insurance provider by market share. Nationwide’s auto insurance is best for people who want gap insurance, although the provider offers other coverage options and a competitive average premium to drivers in nearly all U.S. states.

Nationwide’s prices are just below the national average for rates ($1,555). For those with minimum coverage, meaning the minimum liability coverage required by law, prices start around $566 a year for a policy. The average rate for full coverage is roughly $1,533 a year. Factors such as car accidents, speeding tickets and poor credit can cause prices to increase, as indicated in the chart below.

Your driving record is a major factor in determining your auto insurance premiums. If you have accidents on your record, you can expect to pay more for insurance. Your price may go up even if you aren’t at-fault for the accident. Accidents can add more than $700, on average, to a full coverage policy.

Nationwide does offer an additional coverage option that can help drivers to avoid a premium increase after just one accident. It doesn’t come standard with your policy; the coverage will add to your premium.

In some situations, a speeding ticket can cause your premium rates to increase. In some cases, if you have a clean driving record and the ticket is minor, your rates may stay the same. But as reflected above, a speeding ticket adds at least $300 to your annual rate on average.

Your driving record isn’t the only factor that can impact your insurance premiums. Your credit score can also play a role, depending on the state in which you live. Low credit score can be indicative of potential insurance losses. As a result, insurance companies tend to charge higher rates to those with low credit scores. With Nationwide, poor credit reflected an average premium increase of $400.

Nationwide offers its customers the opportunity to lower their rates by signing up for one of its many discounts. Available discounts include many of the standard options you will see with other providers, such as:

Nationwide offers low-mileage drivers a discount through its SmartMiles program. Rather than paying a normal monthly rate, your rate is based on the number of miles you drive. If your commute is short or nonexistent, this could be a potentially significant savings opportunity.

Nationwide offers discounts to individuals for their membership in certain organizations such as professional groups, alumni organizations, sports groups and special interest groups. If obtaining a quote from Nationwide, be sure to mention your affiliations to see if you qualify for this discount.

Nationwide auto insurance policies last for six months. For customers who pay for their entire 6-month premium upfront will have their monthly processing fees waived. When you sign up for a policy, your rate is only locked-in for those six months. When your policy renews, your price may go up, although you may also see your rate go down, or even become eligible for new discounts.

Nationwide vs. other insurance companies

Nationwide offers policyholders a mobile app that provides a number of features, including the ability to:

Coverage Utilizes Quadrant Information Services to analyze quoted rates from thousands of zip codes across all 50 states, using Nationwide’s premiums written. Quoted rates are based around the profiles of a 30 year male and female with a clean driving record, good credit and the following full coverage details: 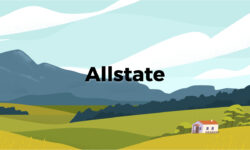 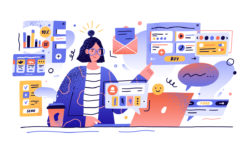 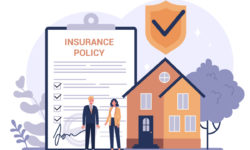