Parents Beware: Adding A Teen Driver Can Spike Your Family Premium More Than 215% 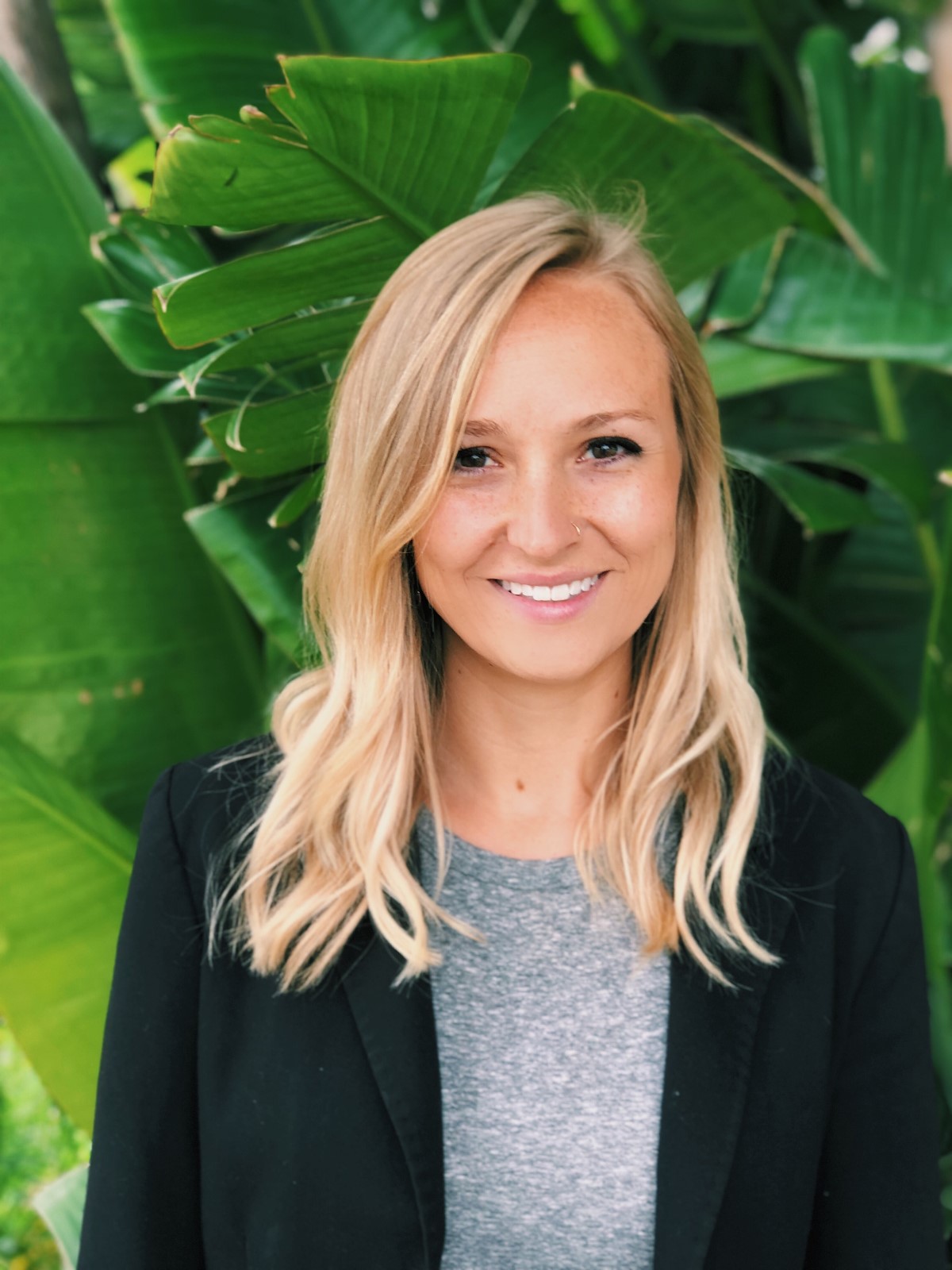 Adding a teen driver to your auto insurance might give you pause, as well it should. Insuring an inexperienced driver can have a significant impact on insurance premiums.

Coverage used data from Quadrant Information Services to examine rates for all 50 states and D.C. to understand the economic impact teen drivers have on their parents’ premiums. The results show the impact varies significantly, depending on where parents live and their teen’s gender. Those who live in Hawaii see the least increase, while Vermont residents show a substantial impact.

The national average premium after adding a male teenage driver is $4,048, while the national average for females is $3,819. So why are teens so pricey to insure? Statistically, younger drivers are more accident-prone. Insurers see teen drivers as high-risk since inexperienced drivers don’t bode well behind the wheel. This increased risk is passed on to policyholders in the form of higher premiums.

“There are many factors that affect your auto insurance rate that you control, such as the type of car you drive and your driving history. But there’s not much you can do about your age or gender, which play a significant role in how much you pay for coverage.”

“Young drivers are statistically much more likely to get into an accident — especially young males. So, teen drivers are riskier to insure and get charged higher rates, even when they have a clean driving record.”

According to the new Coverage study, parents can expect their auto insurance premiums to increase by approximately 130% when adding a 16-year-old teen driver.

In most states, there is a significant rate impact when adding a teen driver to an auto insurance policy — but there are things parents and teens can do to offset these increases.

Parents can expect their auto insurance premiums to increase by approximately

How much does it cost to add a teenager to car insurance?

On average, a parent’s premium is affected significantly after adding a teenager, even without adding an additional vehicle to their auto insurance policy.

That 130% rate increase we mentioned earlier means parents pay an extra $2,300 in annual premiums for insurance coverage. However, costs depend on a variety of factors, such as state, the teen’s gender, policy coverages and more.

For simplicity, we have chosen not to differentiate rate increases by adding a vehicle since car make and model also affect premiums. Still, Coverage can help parents get a ballpark idea of what they will pay.

The following sections analyze the impact of adding a teen driver in each state.

Parents can see from the chart and interactive map that Hawaii is the big exception to the rule —  due primarily to its local laws. Hawaii state law doesn’t permit insurance rating differences based on age or the length of the individual’s driving experience (and other criteria like gender and race).

Michigan sees the next lowest rate increase (83% increase, on average), and New York comes in third overall (92% increase). Those states might be surprising since both generally offer relatively expensive auto insurance premiums. But Laura Hall, Director or Communications at the Michigan Department of Insurance and Financial Services (DFIS) says part of this comes down to parents who shop around for coverage. She says,

“It pays to shop around when a teen driver is added to a policy. DIFS recommends all drivers compare costs for coverage because rates insurance companies charge can vary dramatically.”

Parents can expect their premium to more than double if they live in any other state aside from Hawaii, Michigan and New York.

Hall had some additional tips to help parents keep their policies as affordable as possible;

“Take advantage of the lower insurance rates teens receive as a result of being added on their parents’ automobile insurance policy as secondary drivers. Also, keep in mind when shopping for a teen driver’s first car that the type and value of the car you drive can make a big difference in the premium you pay. And make sure you take advantage of all the discounts offered by your insurance company.”

To help parents understand the impact of adding a teen driver, the following chart indicates the difference compared to average premiums by state without a teen. To compile the data in this chart, Coverage used a male teen driver profile for sample rates. Generally, if insuring a daughter, parents pay less than the amounts shown here.

Male drivers tend to be riskier in the eyes of insurance underwriters. In 2017, the most recent year for which this data is available, the Centers for Disease Control and Prevention (CDC) reported that the death rate among male teen drivers was twice as high as it was for female teens. Due to this greater liability, it makes sense for insurance providers to charge more to cover them.

Mississippi has the greatest premium difference from insuring a male teenager versus a female teenager. In this state, parents are likely to pay an average of an extra $735 a year to insure a male. Coverage found that parents can expect around a 30% increase in premiums in several other states. If parents live in one of the states that weighs gender heavily in insurance ratings, they can expect to pay at least a few hundred more to insure a son.

However, in Massachusetts, Montana and Pennsylvania, there is hardly a difference in premium between the two genders.

The top five states where adding a 16-year-old male increases auto insurance rates the most (by percentage) are:

The five states where adding a 16-year-old male increases rates the least are:

The top five states where adding a 16-year-old female increases auto insurance rates the most (by percentage) are:

The five states where adding a 16-year-old female increases rates the least are:

The top five states where adding a 16-year-old male increases auto insurance rates the most (by premium) are:

The five states where adding a 16-year-old male increases rates the least are:

The top five states where adding a 16-year-old female increases auto insurance rates the most (by premium) are:

The five states where adding a 16-year-old female increases rates the least are:

Clearly, some states weigh gender more heavily when insuring teen drivers. Generally, parents that live in a state which deems male teenagers more risky can anticipate adding another 30% to their premium.

If insuring a daughter, parents will be happy to know her rates will be substantially less steep.

Here’s a quick look at the states where adding a male vs. female teen driver will affect parents’ budgets the most and the least.

The top five states with the greatest premium difference

The top five states with the least premium difference

Given the data presented above, it is natural for parents to seek opportunities to find additional savings. Below, Coverage has provided advice on discounts that may save on insurance costs, and when parents can expect the increases to decline over time.

Many car insurance companies reward teens for good grades. If your child maintains at least a B average and is enrolled full-time in high school or college, they can usually earn this discount.

This type of discount ranges from around 7% to as much as 25%.

Away from home discount

If your child moves away for college (at least 100 miles), they might qualify for a discount. This is due to the fact they’re not driving as often and don’t represent as much of a risk to the insurance company.

Savings provided by this discount varies widely by insurer and how far away your student is moving.

Some providers also reward teen drivers for taking programs to improve their driving skills. This includes a defensive driving course. Before taking the class, check with your provider to see if this discount is available in your state.

This extra step toward safety can help you save around 8%, assuming the discount is available with your insurer in your state.

Using a monitoring app or device

Car insurance companies are searching for more exact data on drivers; this is why programs like SnapShot from Progressive are offered. With these programs, you download an app or attach a tracking device to your vehicle. The device measures miles driven, driving style and times of day driven. If your teen doesn’t drive often, you could save significantly.

In fact, you might be able to save up to 20% with this technology.

Many providers offer discounts if you insure multiple cars on your policy. If you plan to buy your teen a vehicle, then adding it to your policy could help you save. It’s important to check with your insurance company to make sure you qualify for the discount.

Ask for other options

When adding your teen to your policy, ask your provider if there are other discounts available. This is also a great time to do some comparison shopping to see if you could receive more discounts or a better deal with another provider.

How long until these premiums decrease?

As Adams explains, “If a young driver avoids accidents and traffic tickets, their auto rate should decrease each year until about age 25 or 26, when they become less risky to an insurer.”

Below are the rates at different ages to highlight that rates will decline over time once a teen has some years of safe driving under their belt.

Keep in mind, rate decreases are based primarily on driving experience. If a teen starts driving at 18, their rate will likely be higher than an 18-year-old who started driving at 16. That said, the older an individual gets, the less risky insurers consider them to be behind the wheel.

Even if parents add a 16-year-old driver to their policy, they can still save money by encouraging safe driving. Teens should be reminded that safe driving is the best way to keep the premium increases as minimal as possible.

“Adding a teen driver to your auto insurance policy can be costly. A minor fender-bender can drive up costs. But there are some things you can do to keep costs down,” says Ray Farmer, President of the NAIC and Director of the South Carolina Department of Insurance.

“A big way to save money – and lives – is for teen drivers to drive safely!  Many companies grant discounts to drivers whose records have been clean for three or more years, which means a driver can earn savings by keeping their driving record free from speeding tickets or accidents.”

Coverage utilizes 2020 data from Quadrant Information Services to analyze quoted rates from thousands of zip codes across all 50 states. Quoted rates are based on the profile of a middle-aged married couple with a clean driving record that adds either a 16, 20 or 25-year-old driver to their insurance policy who were licensed at age 16. The family drives their Toyota Camry 12,000 miles a year with the following assumed premium details:

These rates should be used to inform your car insurance shopping process, but your quote will differ.

Kacie Goff is an insurance writer for Coverage.com. She loves taking complex concepts and distilling them down to make it easier for people to understand their coverage options. Over the last five years, she’s written about personal and commercial coverage for Bankrate, Freshome, The Simple Dollar, local insurance providers and more. 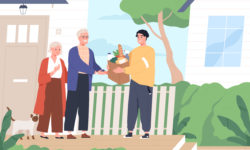 Can I be on my parent’s auto insurance if the car is in my name? 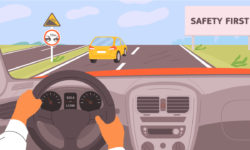 What’s the difference between… Read Next Hybrid vehicle insurance