When Bundled Insurance Policies Are a Good Idea

Right now, insurance companies are advertising big savings for customers that bundle their home, car or life insurance under one policy. And for some of us, bundling policies under one carrier isn’t only easier, but it actually is a lot cheaper—many companies quote home and auto package premiums that are $400 lower than the annual rates you’d pay buying the two policies separately.

If these numbers surprise you, they shouldn’t. The best bundling deals really can shave about 10% off your annual rates. Package deals are a standard marketing trick for growing a customer base, and insurers have a harder time growing customer bases than most companies. It’s less of a hassle for consumers to switch mobile providers or banks than it is to renegotiate a complex insurance policy. With a blizzard of paperwork, add-ons and limitations to interpret, most of us are reluctant switch plans or providers every year just to get a better deal.

Hassles aside, taking your insurer up on their latest bundled policy offer isn’t always a good idea. The premiums and even the level of the coverage you get with a package deal are going to depend on a lot of factors, including your age, driving record, credit history and where you live. The trick is knowing when and how to bundle:

Part I: How Bundling Works

Many consumers, particularly younger ones, do not take advantage of bundling policies. This is often because they obtain different policies as each need arises, rather than all at once. For example, young people signing up for their first car insurance policy often go to their parents’ agent and just stick with that coverage for years. Later in life, when they buy their first homes, they often turn to a different insurer closer to their new residence. For the majority of consumers, this is a mistake that will cost them.

Insurance companies prefer to provide each customer with more than one policy. Conventional wisdom suggests it is at least six times more expensive to get a new customer than it is to retain an existing one. To mitigate turnover and generate revenue, insurers have a strong incentive to sell a home or life insurance policy to their car insurance customers or vice versa.

Likewise, each time a new policy is written, the customer must be assessed in a process known as underwriting; the individual’s qualities, like income, occupation, place of residence, credit history, and driving record are entered into a central database and analyzed. Whether it is for car, life, renters or homeowners insurance, underwriting generally looks at the same factors, and the analysis is often the same.

So, if an insurer has already put a client through the underwriting process for one policy, it stands to reason that it will be cheaper to analyze him for another policy, as opposed to a brand new person who has yet to be assessed. This cost savings is just another reason insurers offer incentives for bundling to their existing customers.

Discounts on each premium, such as for homeowners (or renters), car and life, can be as much as 30%. The best discounts are enjoyed by customers who choose at least three lines of insurance, while those with less coverage, such as those who do not purchase life insurance, receive less of a discount.

Part II: Who Can Save the Most

Typically, those with the most coverage save the most with bundling. A recent quote from one company noted that customers who bundled their auto and home insurance would pay 16% less than otherwise ($2,050 rather than $2,450).

But bundling is not without its drawbacks. Many who bundle do not shop around; sometimes, but not always, insurance agents are in a position to make deals and savvy consumers can talk down the price of premiums, particularly when they have agents bidding against each other. Likewise, those who require special coverage, such as to repair or replace solar panels or cover a piece of heirloom jewelry or artwork, may not benefit from bundling, as the cost of the coverage with that insurer far exceeds any savings.

Another downside to bundling is that there may be strict eligibility requirements set by a state agency. Furthermore, many insurance companies will require a long-term commitment, and, as always, consumers should know to beware of policy loopholes.

Bundled policies, their costs and discounts, vary between providers. Consumers should compare their current rates with the bundled rate offered by their provider, and then with other insurance companies. Don’t forget to get individual rates, as well. Finally, if you’re up for a little haggling, determine which agents are willing to bargain. Ultimately, insurance customers who get the best rates take the time to shop around. 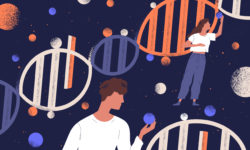 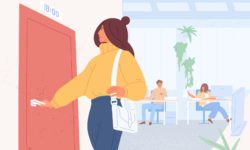 5 Reasons to Work With Wellness-Oriented Companies

3 Major DIY Mistakes… Read Next Is Your Homeowners Insurance…