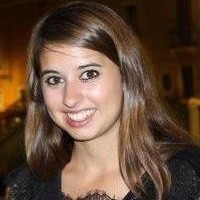 You really can do something about the weather – move to places that are far less prone to the severe varieties of it. We’ve ranked the 23 most populous cities in the U.S. based on their safety from weather and other natural disasters. These may include flood, hail, tornadoes, wildfires, hurricanes, earthquakes, and winter storms.

We can’t predict the weather, but living in these cities can help you avoid it:

Don’t rule out the Motor City. Detroit came out way ahead in all of our criteria, with only 3 major disaster declarations and four total declarations from the Federal Emergency Management Agency during the last 10 years. Detroit’s position on the Detroit River and its proximity to Lake St. Clair and Lake Erie helps regulate extreme weather patterns and also subjects it to colder temperatures.

When there are weather ‘events,’ the most likely are hail – still only 1 in every 4 of them – and flooding (also 1 in 4). Both are products of occasionally intense spring and summer thunderstorms. Detroit residents may have several concerns, but natural disasters don’t top the list!
Michigan Homeowners Insurance >>

The Queen’s City is strategically located to avoid major disasters. Its suburbs are surrounded by water (Catawba River, Lake Norman, Lake Wylie, and Mountain Island Lake), which again act as good weather regulators. The surrounding water makes it more likely that Charlotte would experience a flood than any other weather event. In fact, one in three Charlotte weather problems involve flooding rather than a wildfire, blizzard, hail, etc.

San Francisco doesn’t have a great history with earthquakes, but the city successfully dodges other major weather events fairly well. The National Oceanic and Atmospheric Administration only lists 47 damaging weather events in the city in the last 10 years, and FEMA has only declared 14 major disasters. The City by the Bay seems protected by its infamous summer fog from major weather events such as tornadoes and wildfires.

You could say that the Mile High City has its head in the clouds, but its high elevation might help protect it from major disasters. The city actually experiences an average 300 days of sunshine a year.

If you live in Denver, you’re most likely to face hail (1 in 3 weather events) in the summer, and winter storms (1 in 6) in the colder months; however, these two disaster types typically cause the least expensive destruction. The Mile High City just can’t be touched.
Colorado Homeowners Insurance >>

There’s a reason the city of Boston has lasted nearly 400 years. The settlers picked a perfect spot for their New England city in 1630. Boston has a continental climate with maritime influence, so the city’s position on the bay makes it even less prone to damaging storms than its inland suburbs. Floods are its only bane, with 1 out of every 3 weather events pouring water into the city.

With only 12 major disasters in the last 10 years, however, we like those odds.
Massachusetts Homeowners Insurance >>

We’ve ranked the 23 most populous cities based on: 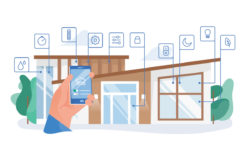 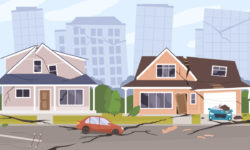 A Guide To Long… Read Next Does My Policy Cover…