When you’re a young adult, you may not know exactly what career path you want to pursue or what city you want to do it in. So renting apartments, condos, and homes is commonplace, especially for those that have recently entered the workforce and are still trying to get their footing.

The lure of the big city can be strong, but many young adults may opt to start smaller. That’s why Homeownersinsurance.com decided to take a look at midsize U.S. metros, which we defined as those with populations between 150,000 and 300,000, to determine the 25 that are most affordable for renters, considering the price of rent, cost of living and the cost of renters insurance.

Here are our findings:

Saginaw secures the top spot due to having the lowest median rent price. The city has a population of more than 195,000 and is in the central portion of the state, along the Saginaw River. Lovers of the arts enjoy Saginaw’s Celebration Square – home to the Andersen Enrichment Center and the Rose Gardens, which offer ongoing exhibits, jazz concerts, and art fairs.

The Janesville-Beloit area makes up Rock County and is home to more than 161,000 residents. It’s tied with three other cities on the list for the lowest average renters insurance expense, while also having a low median rent price and cost of living. Janesville – AKA “Wisconsin’s Park Place” – has a 2,590-acre park system that incorporates 64 parks, boat launches, nature trails, and golf courses.

Located along the state’s western border with Illinois, Terre Haute is situated along the bank of the Wabash River. It’s home to several higher education institutions, including Indiana State University, Rose-Hulman Institute of Technology, and Saint Mary-of-the-Woods College. Terre Haute is known for cultural attractions, including the Swope Art Museum and festivals such as Blues at the Crossroads. The city is ideal for renters due to low median rent price, average renters insurance cost, and cost of living.

Burlington is located in the north central portion of the state, and more than 155,000 people call it home. More than 320 restaurants dot the city, which is known for having the most restaurants per capita in the state. Burlington also has an extensive park system, which allows for plenty of recreation including paddling, hiking, and playing tennis, baseball, disc golf, soccer, and basketball.

With a population exceeding 172,000, Muskegon is the largest city on the eastern shores of Lake Michigan. Muskegon is home to several festivals including Coast West, the Art Fair, Muskegon Bike Time, the Muskegon Film Festival, Rock the Coast, and the Michigan Irish Music Festival. Because the city is situated on the lake, residents love to partake in outdoor recreation such as beach volleyball, biking, fishing, sailing, and more.

Joplin scored well across the board in reference to cost of living, average renters insurance prices, and median rent price. The city’s population is more than 176,000, and it is located in the southwestern corner of the state. Joplin residents enjoy outdoor recreation and taking in the beauty of Grand Falls – the highest continuously flowing waterfall in the state.

Jackson has the second lowest cost of living on the list, which helped to seal its position as the seventh best midsize city for renters. Jackson has more than 159,000 residents and is home to the Cascade Falls – one of the largest man-made waterfalls in the world.

Jacksonville has a population of more than 187,000 and its ranking is largely owed to having one of the lowest average renters insurance scores on the list. The city has a large military presence due to being the home of Camp Lejeune Marine Corps base and the New River air station, also a Marine base. Largely because of the military presence, Jacksonville has an average age of 22.8, making it the youngest city in the nation.

Greenville’s low average renters insurance prices and cost of living solidify its place at No. 9 on the list. The city is home to East Carolina University and has more than 175,000 residents. Downtown Greenville is known for its arts and culture, particularly theater, ballet, art, and the nightlife.

Located in the western portion of the state, Sioux City was significant to the Lewis and Clark Expedition; Sgt. Charles Floyd – the only fatality during the expedition – died in the city in August 1804. Sioux City’s low cost of living and average renters insurance price point earned it the 10th spot on the list.

Eau Claire has a population of more than 165,000. Eau Claire is home to an active and diverse local music scene, which has produced artists such as Bon Iver. It also has a vibrant population of retirees.

With a population of more than 279,000, Fort Smith is the largest city on the list. Its low cost of living is to thank for it securing the No. 13 position. The city is also the second-largest in the state. Fort Smith is home to a number of historical establishments, including Miss Laura’s Social Club – a former brothel that now houses the city’s Convention and Visitors Bureau. It is the only former brothel listed on the National Register of Historic Places.

Jefferson City has a population exceeding 150,000 and is the capital of the state. Jefferson City is named after third president, Thomas Jefferson, and is located along the southern side of the Missouri River. Among places of interest is the city’s Fountain of the Centaurs on the grounds of the state capitol.

Albany has 18 sites listed on the National Register of Historic Places, including the Bridge House – a residential building designed by African American architect and engineer Horace King. The house was built along with a covered bridge across the Flint River and was intended to be a gateway to the city.

Situated along the shores of Lake Erie, the city’s more than 278,000 residents love outdoor recreation. Downtown Erie is surrounded by Presque Isle State Park – a National Natural Landmark that draws more than 4 million visitors to the city each year. Erie makes our list in part because it has the lowest cost of living of the cities considered.

Pueblo is home to more than 161,000 residents. The city is located at the confluence of Fountain Creek and the Arkansas River and is the site of the annual Colorado State Fair. Pueblo’s low cost of living coupled with the low average renters insurance premiums solidify its placement at No. 17 on our list.

Warner Robins has a population of more than 187,000. The city is situated near by an air force base, and its motto is ‘Every Day in Middle Georgia is Armed Forces Appreciation Day’ to honor the men and women in uniform.

Wichita Falls’ low cost of living is what earned it the No. 19 spot. The city’s more than 151,000 residents know that one of the best views in the city is overlooking the Falls of the Wichita River. Wichita Falls is full of such hidden treasures as the ‘world’s littlest skyscraper,’ built in the downtown area in 1919.

Located in the central portion of the state along the Brazos River, Waco has more than 260,000 residents and is the birthplace of Dr Pepper soda. The city is regarded for its scenic riverwalk, which allows residents to take in the beauty and serenity of the city and the water.

Lynchburg, with a population of more than 257,000, is located in the commonwealth of Virginia along the James River in the foothills of the Blue Ridge Mountain. The city has much historical significance but also looks to the future: It adopted a sustainability initiative in 2008.

Racine has more than 195,000 residents and is located at the mouth of the Root River and along the shore of Lake Michigan. The Racine Art Museum – the site of the largest collection of contemporary art in the nation – is one of the key attractions. The city also has several establishments listed on the National Register of Historic Places.

Clarksville’s population, which exceeds 278,000, makes it the second-largest city on the list. It is home to Austin Peay State University and the Leaf-Chronicle – the oldest newspaper in the state.

The final city on the list of top midsize cities for renters is Oshkosh-Neenah. The city has a population of more than 169,000 and is located along the banks of the Fox River, Lake Winnebago, and Little Lake Butte des Morts. The city is loaded with arts and culture, including Gallery Walks and music festivals in Oshkosh and a large glass art collection located at Neenah’s Bergstrom-Mahler Museum.

Why we included renters insurance

Renters insurance is not required, but it shouldn’t be ignored. Landlords only carry insurance that covers the building itself. If there’s a disaster such as a fire, your belongings will not be covered by the landlord’s policy.

A renters insurance policy can cover the repair or replacement costs of your furniture, clothes, electronics, and other belongings – up to your policy’s limits – if they are stolen or damaged due to a covered peril. In addition, standard policies typically include liability coverage in case a guest is injured while in your quarters and you could be held responsible.

According to the Insurance Information Institute, only 37% of renters have such policies. One reason many pass on renters insurance is because they believe it may be too expensive. However, renters insurance is actually quite affordable – usually costing around $12 per month for $30,000 of coverage for your possessions and $100,000 of liability coverage, according to the Independent Insurance Agents and Brokers of America.

The decision is up to renters, of course. Do you need coverage? One way to make the decision is to fill out a home inventory of your possessions and their value – you might be surprised to see how much you’re placing at risk.

Following is the complete list of cities we studied, ranked from best to worst for renters:

To evaluate the best mid-size cities for renters in the United States, HomeownersInsurance.com analysts used the United States Census Bureau’s American Fact Finder database to identify 79 metro areas with populations between 150,000 and 300,000.

For each area, analysts then took into account median rent prices from Zillow.com’s Rent Index, Cost of Living scores from AreaVibe.com’s Cost of Living Calculator and each state’s average cost of renters insurance taken from a 2015 study from the National Association of Insurance Commissioners. All three factors were added together to create a total score for each city and then analysts ranked all the cities accordingly.

The median rent price is for all housing types – apartments, townhomes, and single-family homes. Cities were eliminated if median rent prices were not available from Zillow.com. Tiebreakers were given to cities with higher populations. 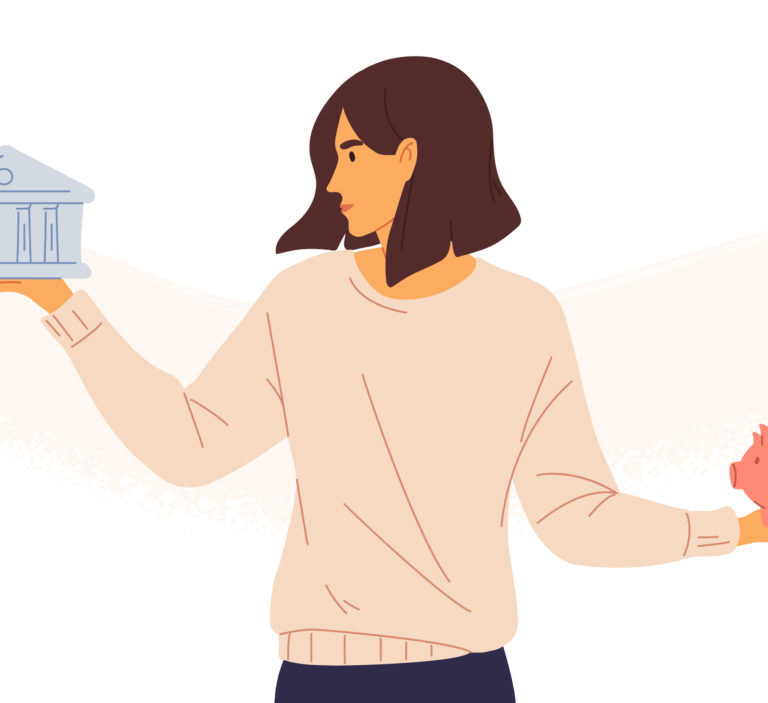 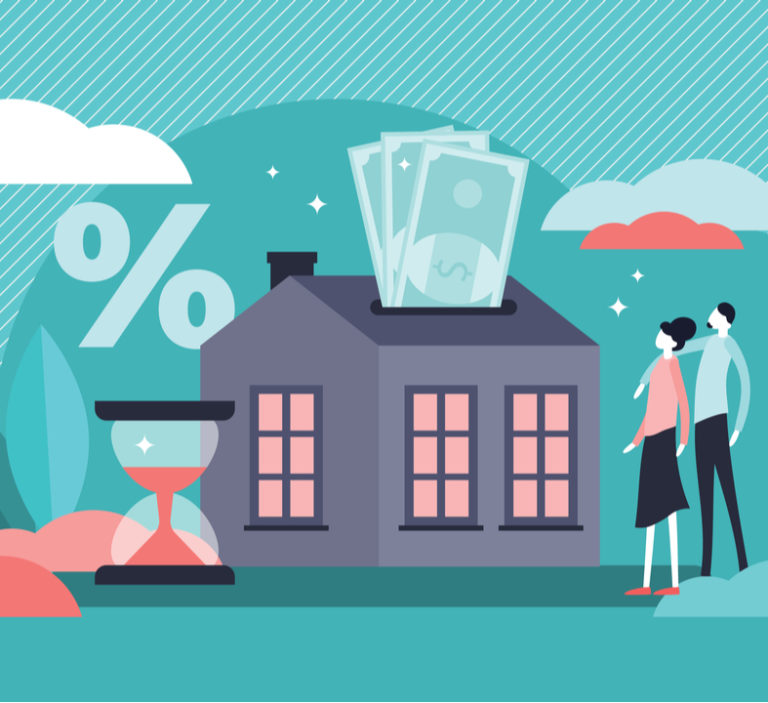