Are you moving to California or just looking for the best car insurance in California? Residents in the Golden State should expect steep rates, as California is one of the 10 most expensive states for car insurance. The average annual premium in California is $1,974, which is more than $500 above the national average of $1,555. Factors contributing to the higher cost include:

The cost of insurance in California depends in large part on your driving history. This table demonstrates the difference between a clean driving record and one that has either a speeding ticket or accident:

If you have a speeding ticket, you’ll pay an average of $816 more for full coverage insurance for an annual premium. That’s an increase of 44%, placing California only second to North Carolina in percent increase after one ticket for full coverage.

California is also at the top of the list nationwide for policy price increases after an accident. As the table below shows, California insurance companies can increase your rate for full coverage by an average of 73% after your first accident. By comparison, Maine sees an average increase of 64%, while Massachusetts will only raise your rate by 56%.

Meanwhile, if you have minimum liability coverage, you’ll also see an increase in your policy after one accident. California tops the list nationally with a staggering 82% increase. The second highest jump is seen with Massachusetts, where providers will raise your rates an average of 62%, followed by Georgia, which sees a 61% increase on average.

Mercury is the least expensive provider in California with the average annual policy costing you $1,546. Driving down these costs even further, Mercury offers generous discounts which include bundling more than one vehicle and being a good student. As far as the best car insurance providers in California, this one tops our list for affordability.

AAA scores particularly high among providers for claims satisfaction with J.D. Power. The provider earned a four out of five Power Circle rating, indicating most of its customers enjoy the service they receive from the company, and have had positive claims experiences. Given the variety of risks and natural disasters present in California and increased likelihood of having to file a claim, customer service is a key factor when selecting a provider.

Geico offers you an abundance of choice when it comes to car insurance coverages. This includes rideshare insurance for those who drive for Uber, Lyft or other similar companies. The provider also receives high marks for its customer satisfaction, financial strength and affordable rates.

Being under 25 years of age makes car insurance more expensive. However, with the Steer Clear discount from State Farm, younger drivers could save as much as 15% on their policy with a clean driving record for the past three years. In a state as expensive as California, a discount of this type is a huge advantage for younger drivers.

On the other end of the age spectrum, Wawanesa is a great auto insurance provider for drivers 55 years of age or older. Senior drivers can take advantage of a significant discount by taking a defensive driving course. This discount, along with the provider’s low rates, makes them a great option for senior drivers looking to save money.

Progressive is one of the most affordable insurance companies in California. Savings options are abundant, thanks to the variety of discounts offered by Progressive. You can even get a discount just for signing up online. With Snapshot, safe driving behaviors can net significant savings on top of already-competitive rates.

Car insurance in California by city

Location is another factor that influences how much you’ll pay for car insurance. As this chart indicates, which city you live in or near can make a huge difference in costs:

Not surprisingly, the City of Angels is an expensive place to insure your vehicle. In fact, it’s the most expensive city for car insurance in California. One of the major contributing factors for this is the frequent incidences of car theft. Every year, Los Angeles has at least 30,000 automobiles stolen.

San Diego is the least expensive city to insure your car. Residents pay, on average, $871 less for full coverage compared to residents of Los Angeles. This is most likely due to the fact San Diego has a smaller population. That said, rates are still relatively high compared to the national average, as San Diego exists within the state where car thefts occur more than anywhere else in the country.

San Jose is an affordable city in which to have car insurance. Residents there pay on average $402 less for full coverage than their San Francisco counterparts. However, rates might increase in the near future, as the area had its deadliest year for pedestrian deaths, in 2019.

San Francisco is the second most expensive city in California to insure your car. This is likely due to the heavy traffic that plagues the area. However, the city is home to more public transportation than what you’ll find in other parts of the state and its traffic fatalities are lowering. Both factors could potentially reduce rates in the future.

Residents of Fresno pay about the same as those living in San Diego or San Jose for full coverage auto insurance. Fresno is, unfortunately, among the highest cities in the country for dangerous crime, which can play a significant role in insurance rates, depending on which specific part of the city you live.

There are many considerations you’ll want to factor in when choosing the best car insurance in California. The first is the risk of natural disasters. California is home to mudslides, earthquakes, flooding and the all-too frequent occurrence of wildfires. Because of these unique geographical risks, it’s important to consult with your insurance provider to tailor coverage to best protect against damage or loss to your vehicle.

Along with natural disasters, California also has more auto thefts than any other state in the country. Because of all these risk factors, it’s not surprising the state requires you to have minimum liability insurance to drive.

In California, three components of minimum liability car insurance are required for all drivers. The first applies to an accident in which a single other driver is involved and sustains injury or dies. The second provides added benefits if there is more than one person involved in the collision. Another term for these coverages is bodily liability. Lastly, California also requires you to carry insurance for any damage done to the property, also known as damage liability.

Often listed as 15/30/5, here’s how much coverage you’ll need for each component:

California’s low cost auto insurance program helps people who can’t afford insurance receive the coverage they need to be legal when on the road. You’ll have to meet income eligibility requirements to qualify. Previously, you would have also needed three years of driving experience to qualify, but in 2015, California voided this requirement so newer drivers could also take advantage of the program.

California has some unique laws that help motorists with insurance — one of which is the California Deductible Waiver. If you’re involved in an accident with an uninsured motorist, you can apply for the waiver. If approved, your insurance company will pay the deductible for you.

The state is also among the strictest concerning distracted driving. It is illegal for any motorist to be texting or talking on their phones while driving, unless calls are conducted on a hands-free device. Anyone under 18 years of age cannot use their phones at all, even hands-free.

How we chose the best car insurance providers in California

To find the best car insurance companies in California, we compared providers based on a wide variety of factors including price, customer service, discounts offered and the overall financial strength of the provider. Once we had this information, we compared each provider to see who offers California drivers the best combination of value, coverage and service.

Other car insurance providers in California to consider

Along with the options listed above, other providers could be included in your comparison shopping as well. Below is a look at our runner-up carriers, and why they are worth considering:

Alliance United possesses sound financial strength, according to AM Best. This indicates it has the ability to pay claims, even under catastrophic circumstances. Additionally, the provider offers a great mix of discounts including policy renewal, multiple vehicles and for driving safely.

Farmers offers a good mix of insurance discounts you might not find with other providers. Included in this mix is one for having a vehicle with an alternative fuel source. Farmers can lower your premium if you work for, or are affiliated with, certain trade groups or companies.

Coverage Utilizes Quadrant Information Services to analyze quoted rates from thousands of zip codes across all 50 states, using the top 15 carriers by premiums written by state. Quoted rates are based around the profiles of a 30 year male and female with clean driving records, good credit and the following full coverage details: 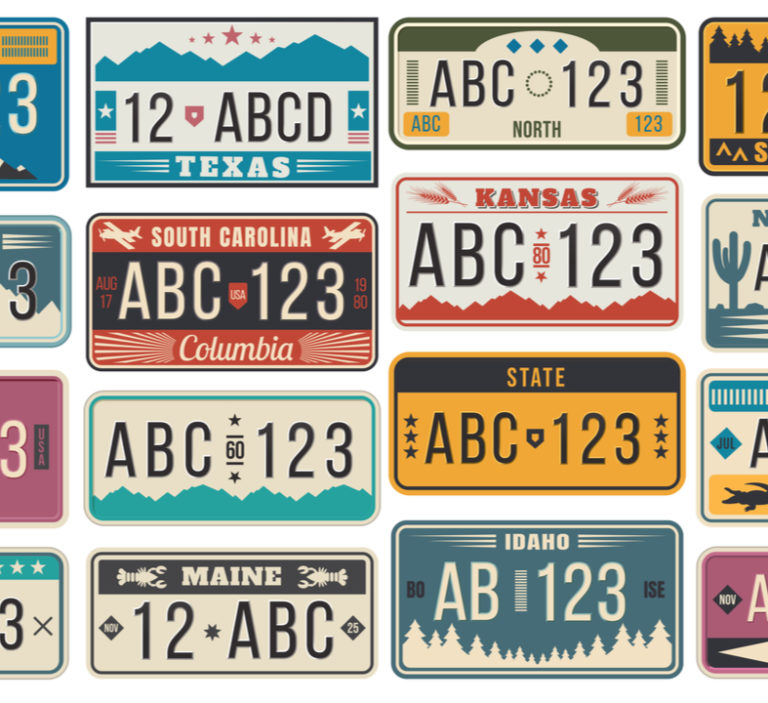 Can you insure a car in another state? 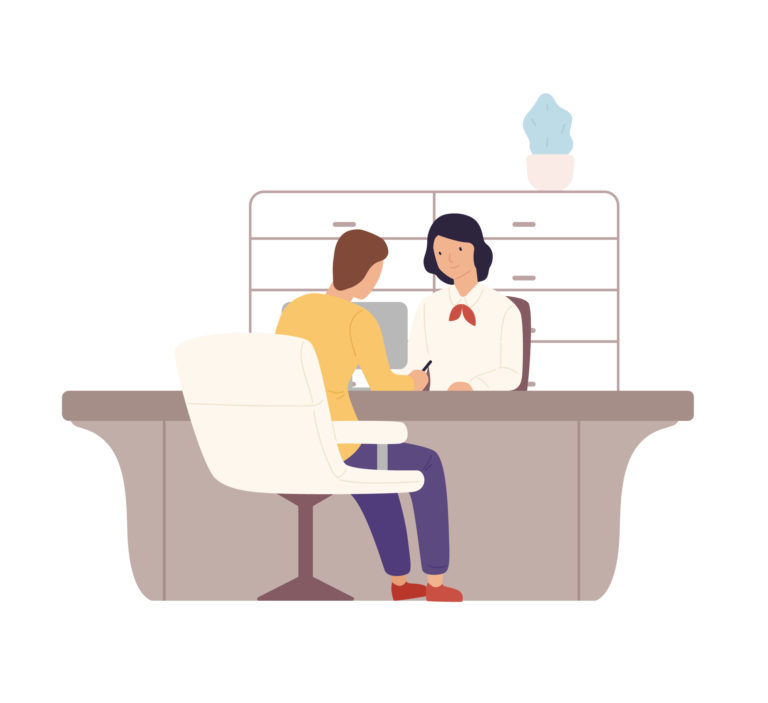 Can you get car insurance with a suspended license?

How to find if… Read Next Allstate auto insurance review…