The state you live in can have a significant impact on your auto insurance premium rates. Georgia is on the higher end of expensive states when it comes to auto insurance — the state’s average of $1,746 is several hundred dollars higher than the national average of $1,555.

Factors that may contribute to the higher premium rates include:

Below, you can find information on the average premium rates for both minimum and full coverage, including rates affected by having one speeding ticket or one accident on record. While these rates can be used for comparison purposes, exact rates will vary by provider based on your unique profile as a driver.

In addition to having an average rate higher than the national average, there are a few other notable statistics worth highlighting. Georgia is third of all states when it comes to the percentage increase for minimum coverage after an accident (61%). Georgia takes third below California (82% increase), and Massachusetts (62% increase).

The top car insurance companies in Georgia for 2020

Of all of the auto insurance companies available in Georgia, Auto-Owners has the best rates on the market, based on averages. The company provides all of the basic coverage options, as well as some extra add-ons that include rental car coverage, common loss deductible and a waived deductible for accidents involving two Auto-Owners customers. In addition to its already-low rates, Auto-Owners officers discounts such as a multi-policy, paid-in-full, on-time payment history and safety features discounts.

USAA is unique in that it offers its products specifically to military members and their spouses. The company offers a fairly competitive price, as well as military-specific discounts to bring your rates down even more. USAA also has the advantage of being the highest rated auto insurance company for customer satisfaction, according to the 2019 J.D. Power study for claims satisfaction.

Of all the insurance companies on our list of top auto insurance companies in Georgia, Geico had the most discounts available to its customers — a total of 16 discounts. The company’s discounts include those for vehicle safety features, seat belt use, driver’s educational courses, federal government or military service and bundling policies. Since Geico already has one of the lowest rates in the market, these discounts help to make their prices all the more competitive.

J.D. Power awarded COUNTRY Financial 5/5 Power Circles for its customer claim satisfaction, among the highest compared to other providers. While the company has the highest average rates on the list, the exceptional customer service may be worth the extra money to some policyholders. And if you work in one of the occupations that receive a discount through COUNTRY Financial, you may be able to bring your rates down.

Progressive has the third-largest market share in the auto insurance industry — the largest for commercial auto as well — and there’s a good reason for it. Progressive offers some of the best coverage options in the market with add-ons such as roadside assistance and rideshare. And thanks to the company’s Name Your Price® Tool, you can tailor your coverage to the price you want to pay. However, customer claims satisfaction ratings may be a detraction to consider.

Car insurance in Georgia by city

The city in which you live can play a significant role in determining how much you pay in auto insurance in Georgia — the difference can equal hundreds of dollars per policy, as indicated in the chart below.

Atlanta is home to the most expensive auto insurance premiums in the state of Georgia, coming in at more than $400 higher than the most affordable location, and roughly $300 above the state average. Car insurance tends to be higher in urban areas, as a result of higher rates of theft, vandalism, and car accidents. These factors may help to explain the higher insurance rates in Atlanta.

The average auto insurance premium in Marietta, Georgia is $1,827. When compared to the statewide average of $1,746, the city is among the most expensive in the state.

Lawrenceville is the second-most expensive city in Georgia for car insurance, following Atlanta. The average price in Lawrenceville is $1,910 annually. Though the population for this city is the lowest on our list, there are other factors that can affect insurance rates such as the safety of the drivers, number of uninsured drivers and the chances of inclement weather.

Columbus is fairly average in terms of the price of auto insurance. It falls in the middle of the list of cities we’re comparing, and is the closest to the statewide average ($1,704 in Columbus annually, compared to $1,746 statewide).

One of the leading reasons that rates may be higher in some states is the propensity for natural disasters. Georgia residents are frequently faced with a variety of natural disasters, including hurricanes, tornadoes, wildfires and floods. For these issues, you may want to opt for additional coverages that specifically name these perils.

Auto insurance premiums can also vary depending on the crime rate where you live. However, Georgia is fairly average when it comes to national crime rates, meaning this factor is unlikely to be a major factor, except in certain major cities within Georgia.

Nearly all states require that drivers carry a minimum level of insurance, to protect against liability in at-fault collisions. Those who fail to meet this requirement may have to pay fines.

How we chose the best car insurance providers in Georgia

There are many options on the market for auto insurance, and they’re hardly limited to just the list of providers we discussed in this article. We chose the best insurers based on factors such as their average premium rates, discounts they offer and customer service ratings, as well as availability to Georgia drivers.

Other car insurance providers in Georgia to consider

Though they didn’t make the top five list, there are a couple of other auto insurers worth mentioning.

State Farm holds the largest market share of the auto insurance industry, a total of 16.1 percent. Despite its popularity, being middle of the pack both for customer satisfaction and having just average premium prices for Georgia customers are two considerations to keep in mind.

Though it has its downsides, State Farm has one of the best financial strength ratings from AM Best and offers a variety of discounts to its customers. Unique to State Farm are the Drive Safe and Save program, where customers can get discounts by sharing data with the company through OnStar, and the Steer Clear discount, which allows new drivers to save money with no accidents or moving violations on their record.

Allstate is another popular auto insurer available to drivers in Georgia. The company has fairly-competitive prices, and offers discounts such as its safe driving club discount, new car discount and discounts for having certain safety features on your vehicle.

Coverage Utilizes Quadrant Information Services to analyze quoted rates from thousands of zip codes across all 50 states, using the top 15 carriers by premiums written by state. Quoted rates are based around the profiles of a 30 year male and female with clean driving records, good credit and the following full coverage details: 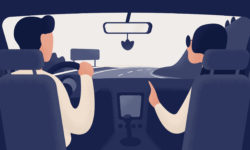 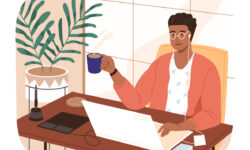 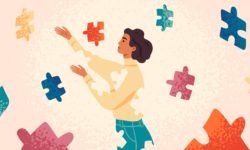