When it comes to homeowners insurance, many shoppers don’t fully understand what factors impact premiums.

There are many people that assume homeowners insurance premiums are calculated purely on the basis of the home’s value. But they fail to realize that coverage options, past claims, and the location of the house also weigh heavily on the final premium determination.

Without the bigger picture, homeowners who see a rise in their insurance bill may assume–and sometimes wrongly–that their home’s value had been recalculated, bumping up their premium.

Sometimes it seems as though people identify two categories of insurers—cheap ones and expensive ones. This can be slightly true—some insurers are just simply more expensive or cheaper.

However, personal factors and other factors that go into your premiums play such a large role in what you pay that to one person, a company be a ‘cheap’ company, while that company may be an ‘expensive one’ to you. Essentially, ALL insurers are calculating your premiums with the same individual factors, it’s just a matter of how each insurer rates those factors, which is basically the only thing guaranteed across the board among insurers. Two companies may consider the fact that you’ve had a fire claim two years ago, but one insurer may rate this harsher according to their own personal actuarial system than another insurer with their own rating system.

Insurers may be rating the exact same factors, but what factors is it they’re considering? There are some things that are just going to make your premiums soar no matter who you try to get insurance from, but what are they? Additionally, if they’re impacting your premiums negatively, what can you do about it?

Here are some of the biggest factors that will cause your premiums to go through the roof and what possible solutions are.

This may sound like a really cute child coupled with a less than pleasant personality.

What insurers consider attractive nuisances actually ARE ‘attractive’ but often aren’t viewed as ‘nuisances’ by anyone other than an insurance company. So what exactly is the opposite of Honey Boo-Boo?

Pools and trampolines are two of the largest attractive nuisances that will make your premiums attractive nuisances. The reason is largely due to children who suffer great injuries due to such ‘nuisances,’ as children are obviously enticed by them and thus more susceptible to harm. These are also things ANYONE could easily be injured on if not careful as they both promote activities that can easily lead to serious injuries or worse, drowning, if safety precautions aren’t taken.

Unfortunately, these probably won’t ever be things that don’t impact your insurance premiums—numbers speak loudly about these ‘terrible two.’ For one, drowning is the leading cause of fatal injuries for children aged 1 to 4. Secondly, homeowners are actually eligible for any injuries to strangers that use a nuisance like a pool EVEN if they’re doing so without permission. So if Joe Schmoe decides to take an afternoon dip at your home when you’re not there and is injured, this trespasser can actually hold you liable for injuries, making claims on your policy (which will drive rates even higher) and likely suing you as well. Trampolines are responsible for over 100K visits to the ER annually according to the Consumer Product Safety Commission.

Unless you pave over the pool or get rid of the trampoline, the only thing you can do to help remedy the situation and keep premiums down is to do exactly what most insurers will ask you to do—put safety fences around the pool and trampoline, and to comply with local regulations and safety guidelines. For trampolines, you may be required to pad the springs and put it away from trees or structures In addition to putting a fence on it.

There are a handful of insurers who won’t insure someone with a pool or trampoline, but it comes with a price. Insurers know what liability issues you present, and thus will ask for the fence, higher premiums, and also limit their liability. Some insurers, such as State Farm, won’t insure you if you fail to put up a fence, and some policies even include ‘trampoline exclusion clauses.’ It’s good for the sake of insurance purposes AND lives—the CDC says over half of deaths from drowning are young children and say it could have been prevented by fencing ‘attractive nuisances.’

Usually homeowners are trying to find ways to keep snakes and anything with scales or sharp teeth away from their house (unless you’re Bella Swan and in love with Edward Cullen, of course), but there are some who enjoy having very unusual pets. According to the Captive Wild Animal Protection Coalition, more than 10K big cats are now pets (certainly including the tiger with a supporting role in The Hangover). Additionally, over 3K apes are now domesticated pets and an estimated 8.8 million reptiles are the cuddly–er—creepy—pets some prefer. Other ‘exotic’ pets include spiders, like Tarantulas, and certain iguanas and lizards.

Dogs have been liability issues from the start, and are one of the biggest threats—1/3 of all homeowners claims are due to dog bites. This is especially scary for insurers right now since dog bite claims are increasing—and 50% of them happen on the homeowner’s property.

If you’ve ever seen Out Break or Arachnophobia, really bad horror movies about snakes, or witnessed what just a 10 pound CAT can do to someone, it’s easy to see why insurers are reluctant about such pet owners.

Be prepared to make necessary arrangements—in addition to making some in case your dog or snake suddenly turns on you—but ones that will help cover the probable gaps you’ll see in your insurance policy’s liability in addition to higher rates. Sometimes homeowners with a ‘risky’ dog breed will even find ‘dog exclusions’ in their policy, stating they’ll refuse to pay for any claims due to your dog. Your policy will probably have insufficient liability limits since the insurer will usually decide on the limit they’ll extend to you, and considering the fact that such pets could cause great harm to any guests, you’re going to want to fill any coverage gaps. Look into umbrella insurance for the extra liability. You can try to find special pet policy specifically for exotic animals that offers the liability you need.

As for dogs, they’re not all on the list of ‘aggressive or vicious dog breeds’ list that insurers use to identify what dogs are most likely to bite and cause major injuries. Such breeds include pitbulls, Huskys, and Rottweilers, thus the easy solution would be not to get a dog on that list. If you do get one though, consider sending your dog to obedience school or taking the dog to a Canine Good Certificate program, which some insurers will give discounts for or even result in them not increasing premiums or reducing liability.

The two most common causes of residential fires are cooking and heating. According to the US Fire Administration, heating fires account for 36% of all house fires, placing it as the second leading cause of fires. A standard homeowners insurance policy will cover fire—until you increase the risk by putting in a woodstove, failing to properly maintain an existing fireplace or if you put in new fireplaces. Fortunately, only a few insurers will completely deny coverage if you have a woodstove, so always verify coverage with your insurance company before you add a woodstove or fireplace. They expect you to handle upkeep maintenance, and if you don’t you could be looking at a denied claim should something happen. Maintaining your fireplace, such as having it and your chimney cleaned and inspected regularly, is considered routine home maintenance, which isn’t covered by homeowners insurance. If you fail to maintain it, the insurer will deny your claim and probably cancel your policy. Additionally, failing to fix any problems constitutes as neglect, which insurers won’t pay for either.

Not only will you spend big money on premiums, but you’ll also have to spend a little extra money paying for a professional contractor to install and/or maintain either heating hazard. That cost is absolutely worth it though considering the consequences of not doing so—despite high premiums, denied claims, and cancelled insurance, you could end up losing every ting you own in a fire and having absolutely nothing to cover your losses. 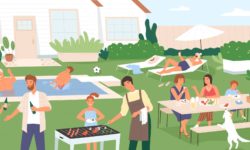 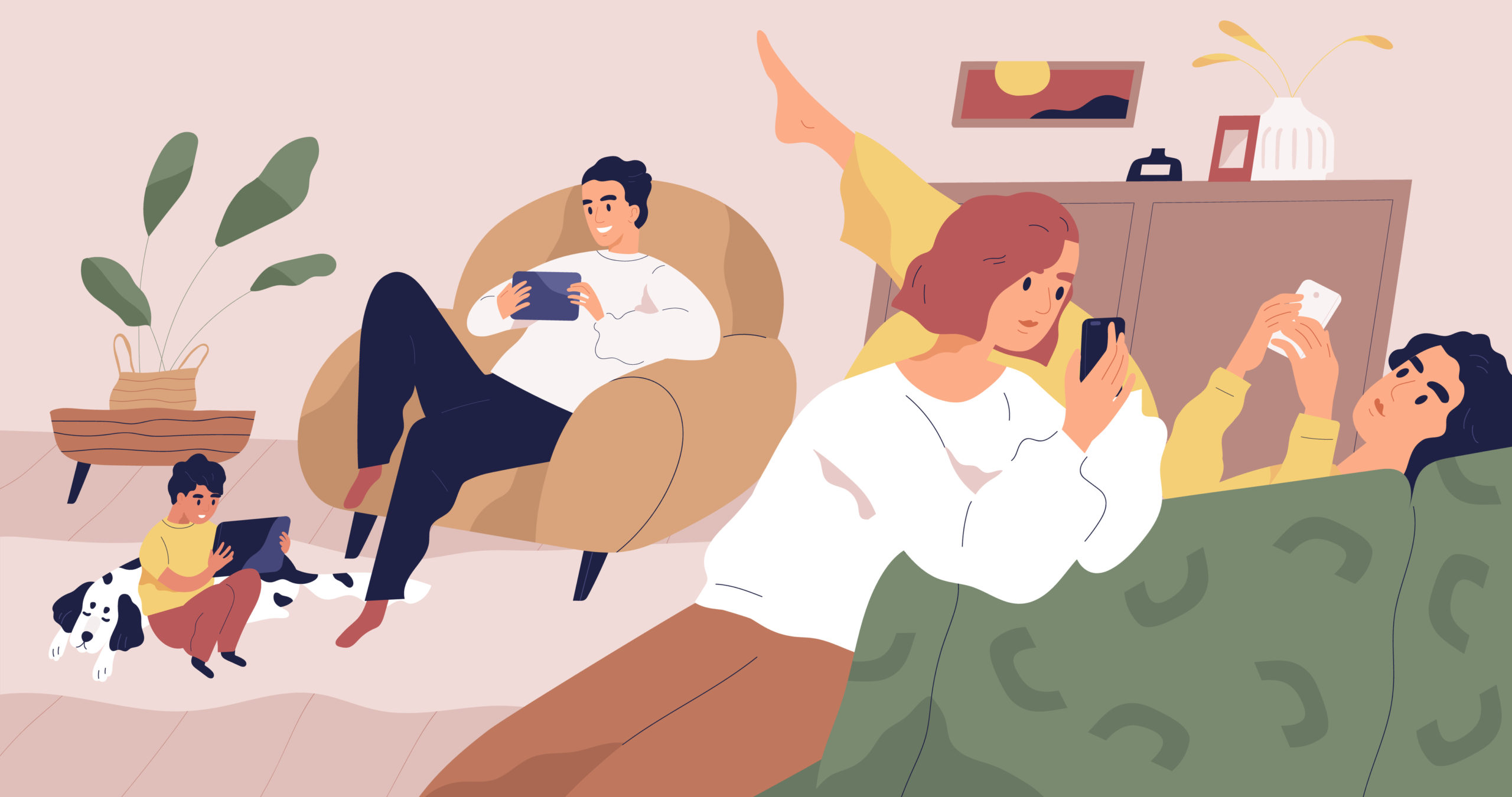 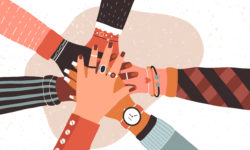 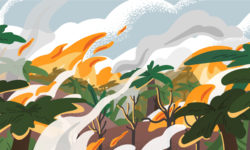